Music brings student and admin together 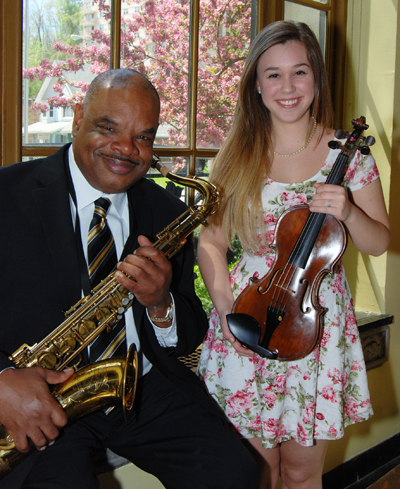 When PA Cyber student and outstanding violinist Gabrielle Faetini was asked to perform as part of jazz ensemble for a doctoral recital at the University of Pittsburgh, she didn’t know it would put her on stage with a PA Cyber senior administrator, Dr. Kenneth Powell.

Live from the Hill – Sean Jones with PJO

Come hear the amazing sounds of the Sean Jones and the Pittsburgh Jazz Orchestra as they close out their season and help the Kaufmann Center kick-off their year-long jazz programming. Join Kenny for this very special event bringing jazz back to the Hill in a big way. 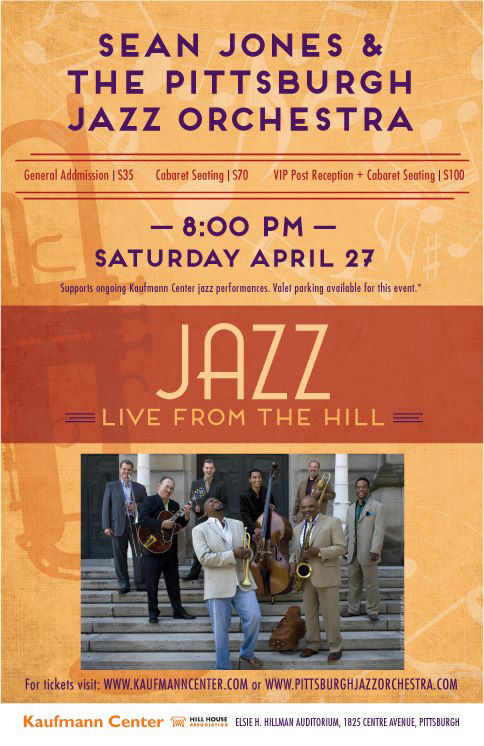 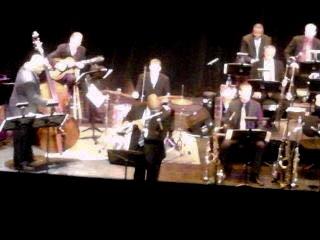 As a member of the Pittsburgh Jazz Orchestra, Kenny will perform with drummer Jeff “Tain” Watts and bassist Christian McBride on Saturday, February 18, 2012. This special event at the August Wilson Center is one Jazz fans should mark on the calendar. Pittsburgh born Watts will be sharing the stage with Philadelphia born McBride and Pennsylvania is going to be proud of this very special presentation.

If you didn’t have the chance to attend, read what they had to say about this Holiday event in the New Pittsburgh Courier

On Sunday, Dec. 18, the frigid wintry weather did not deter jazz lovers from attending the 3rd annual Pittsburgh Jazz Orchestra holiday show. The sold out performance boasted a diverse audience, in race and age, throughout the theater.

As the house lights dimmed, a quartet waltzed onto the stage, one at the piano, drum, bass and trumpet. They commenced the show with “Have Yourself a Merry Little Christmas.” The audience murmured excitedly as Artistic Director and lead trumpeter of the Orchestra, Sean Jones, opened the show saying, “We want to try to recreate the spirit of what the holiday is all about.” A serene ambience permeated as “Silent Night” lulled the audience, and snowflakes decorated the walls, as if it was indeed Christmas day.

The Pittsburgh Jazz Orchestra, founded by Nathan Davis, is a resident Orchestra at the August Wilson Center for African American Culture. The musicians not only have a shared purpose of keeping the rich history of jazz music in Pittsburgh alive, but also represent many ethnicities, races, and ages.

As the concert went on, solos were a kind of introduction of most members. In particular, James Moore’s trumpet lead in “Let it Snow” was ardent and as heads nodded and feet tapped, the audience got more involved and an “Alright!” erupted from the crowd.

Mike Tamaro, co-director of the Orchestra and director of Jazz studies at Duquesne University, initiated the Afro Cuban version of “Carol of the Bells.” Although he stopped the song mid performance to have the band start over, “It’s a brand new one,” Mike said and shrugged, the audience laughed. The rhythm skipped with a salsa-like flavor and people were snapping their fingers and saying, “That’s good.” “Yeah!” “Alright now!”

As “Blue Christmas,” “Santa Claus is Coming to Town,” and “Do you Hear what I hear?” featured several soloists, who alternated between the flute, clarinet and saxophone, other orchestra members were smiling, proudly nodding as soloists’ instruments sung out above the crowd.

Bass trombonist Jeff Bush blew low, deep, rich vibrating tones to an almost tango rhythmic beat, as “Sleigh Ride” was played. Orchestra members continued to smirk and gesture to one another, as they cheered on their fellow member. It was as though their actions were an extension of the music.

As the concert was coming to a close, “Jingle Bells,” sounded and audience members hummed and sang along.

“Did you have a good time?” Sean Jones asked, as the audience whooped with a resounding, “Yeah!”

The orchestra ended the show with Duke Ellington’s version of “Peanut Brittle Brigade.” As the audience erupted into applause and a standing ovation, Sean Jones remarked, “On behalf of the August Wilson Center and the Pittsburgh Jazz Orchestra, we would like to wish you a Merry Christmas, Happy Kwanzaa, Happy Hanukkah and wonderful New Year.”

This article can be found with photo at New Pittsburgh Courier

Kenny will perform with the Pittsburgh Jazz Orchestra on Sunday, December 18 at the August Wilson Center. Old favorites receive a jazz makeover, as the skilled musicians of the PJO render a new treatment on holiday classics, and turn the holiday season into a unique celebration of wonder, bliss and merriment the whole family will enjoy.  Don’t miss out, join us at 6:00pm this Sunday.

The 2011-2012 season kicks off with the Pittsburgh Jazz Orchestra in a celebration of the life and legacy of Art Blakey,

the Pittsburgh native who blazed a trail for jazz hopefuls, 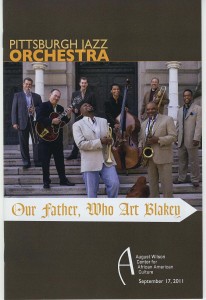 and created his own style of drumming that became famous around the globe. Featuring special guest master drummers Roger Humphries, James Johnson, Cecil Brooks III and Tom Wendt, this event will celebrate Blakey’s contribution to jazz and the unique lineage of jazz drumming that emerged from the Pittsburgh region.

Swing with us as we discover how Mary Lou Williams, “the little piano girl from East Liberty” became the “First Lady of Jazz” and a master of ragtime, stride, boogie-woogie, bebop and beyond. Join Sean Jones and the Pittsburgh Jazz Orchestra for an afternoon of fun interactive activities and deeply swinging music including, “Roll ‘Em,” “Walkin’ and Swingin’,” and “In the Land of Oo Bla Dee.”

Great news for Jazz Fans! The Kenny Powell Jazz Trio will be entertaining on the lake view patio at the Juniper Grill in the South Hills of Pittsburgh. Kenny will feature select guest artists weekly, including vocalist Denise Sheffey and Keyboardist Joe DeFazio. We’ve found the perfect recipe for your Summer night!

Attention Jazz Fans
Have you marked your calendar for this weekend? 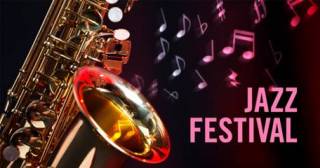 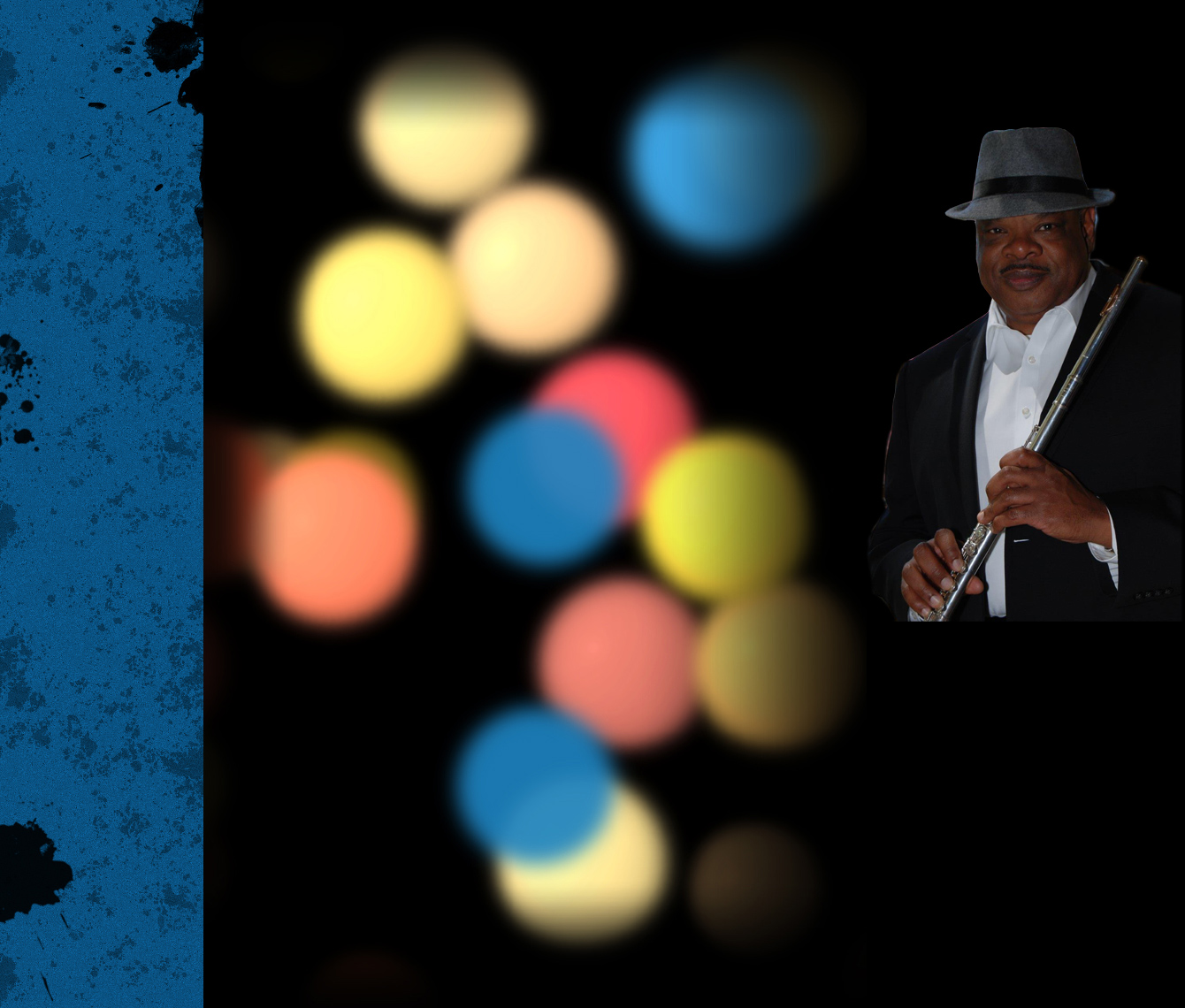